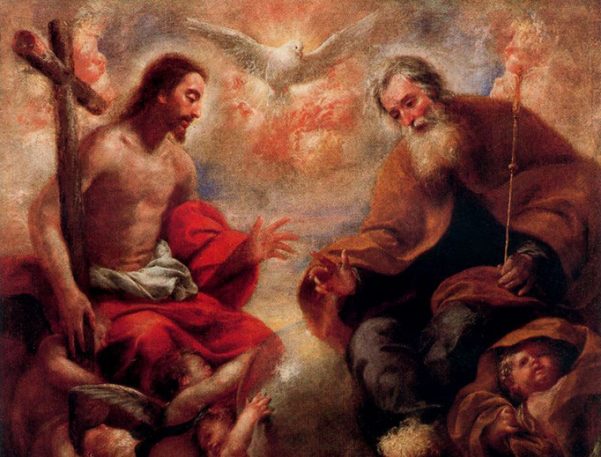 After the priests had assembled with the elders, they devised a plan to give a large sum of money to the soldiers, telling them, “You must say, ‘His disciples came by night and stole him away while we were asleep.’ Matthew 28:12-13

Who was Jesus truly? This was the question being asked ever since Jesus started his public ministry nearly 2,000 years ago, and we are still asking this question even in the 21st century. At first, Christians accepted Jesus Christ as their Savior and Redeemer without much problem. However, the issue arose around the divinity of Jesus Christ, especially his relationship with the Father. This was problematic because Christianity is a monotheistic religion, meaning there can be only one God. The early Christian theologians acknowledged and believed that God the Father and Jesus Christ the Son are not one and the same God, which was an inevitable conclusion when simply reading the Gospels literally. This caused serious thoughts in regard to the divinity of Jesus Christ. To be Savior and Redeemer of all human souls, Jesus had to be God. But at the same time, there was God the Father, who is believed to be the Creator and from whom Jesus was begotten.

Arius (256-336), who was a priest in Alexandria, Egypt, argued that if Jesus was begotten of God the Father, then Jesus Christ should be subordinate to God, meaning God the Father is the eternal God, while the divinity of Jesus was granted by God the Father, and thus lesser in being than God. In conclusion, Arius argued that Jesus was just a man, like all of us, but lifted by God the Father to his divinity, and thus all of us could become like Jesus, meaning that we could obtain the divinity in the same way that Jesus did. This created a huge theological controversy among Christians in the 4th century, which Emperor Constantine desired to end quickly. As a result of this argument, Trinitarianism was formulated and accepted as the official theology of the Christian Church; there are three divine Persons (Gods) who share the same and equal divinity.

Emmanuel Swedenborg argues that divinity cannot be granted to a finite being nor could it be divided and shared among a few beings, because divinity is fundamentally the same as infinity and eternity. And just as there cannot be two eternities or two infinities, there cannot be two divinities or three Gods sharing the same divinity. The same truth is that there cannot be God the Father who judges and punishes humanity, while there is God the Son who is merciful toward humanity, and thus is willing to sacrifice his own life for their salvation. The reason is quite simple: there can be only one God, one Eternity, Infinity and Creator. Swedenborg insists that God the Father took human form, who was called as Jesus Christ the Son. Thus, in Swedenborg’s worldview God does not judge or punish, but only loves all created beings forever without changing. The purpose of God’s incarnation was to redeem humanity from the power of selfishness and materialism under which they were enslaved. Two thousand years later, I am saddened that many of us are still under the strong influence of selfishness and materialism.

My brothers and sisters in God, let us take a moment and deeply reflect upon the truth: our life here is a temporary journey, and thus most of those things and matters we deeply desire are essentially not helpful to obtain true peace and happiness.