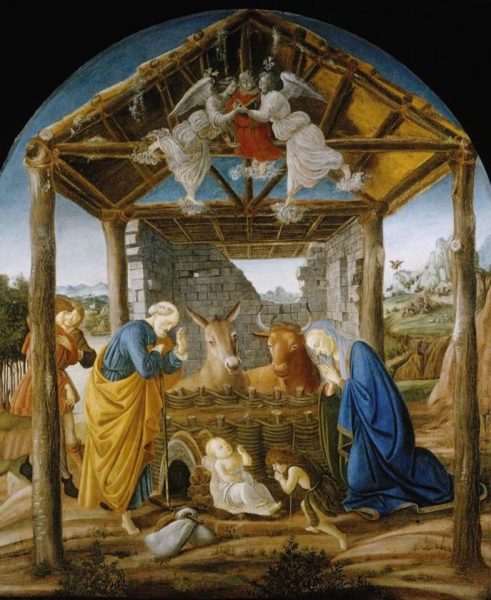 She wrapped him in clothes and placed him in a manger, because there was no guest room available for them. -Luke 2:7

There are many stories and paintings of the Nativity, mostly describing the holiness and specialness of the birth of Jesus. Indeed, the divine incarnated into the human world for the sake of our salvation. In the Old Testament, we read many prophecies foretelling the coming of the Messiah. And in Luke, we read that both Mary and Joseph were visited by the angel Gabriel who foretold the extraordinariness of the baby Jesus. Then, there is the story of the shepherds who were visited by angels and told the good news while watching over the sheep. Finally there is the story of the Magi from the East bringing the gifts of gold, myrrh and frankincense.

Now let’s take a look at the actual story of the birth as it is told in Luke. Joseph and Mary left their home in Nazareth, and traveled to Bethlehem. Bethlehem was indeed a much more important and significant town because it was the city of David! Also, the name Bethlehem means “the house of bread.” But, Bethlehem was not the hometown of Joseph and Mary, which means that Jesus was born during a trip. To me, this symbolically illustrates the status of Jesus as the Divine Incarnate who was traveling through the physical world with a special mission. Though he could have made our world his home, the eternal home for both God and humans is heaven in the spiritual realm. Also, Joseph and Mary could not find a room in the inn, so they stayed in the stable where the animals of other travelers were kept. Thus, the newborn baby Jesus was wrapped with some swaddling clothes and put in the manger. How much more humble and lowly could the journey of the Divine Incarnate be as he made his way to us?

There are two lessons that Jesus teaches us in the way he came to earth: 1. We all are travelers in the physical world, and thus should not believe that we would possess anything from this world forever; 2. Humility is the only way through which we can find God!