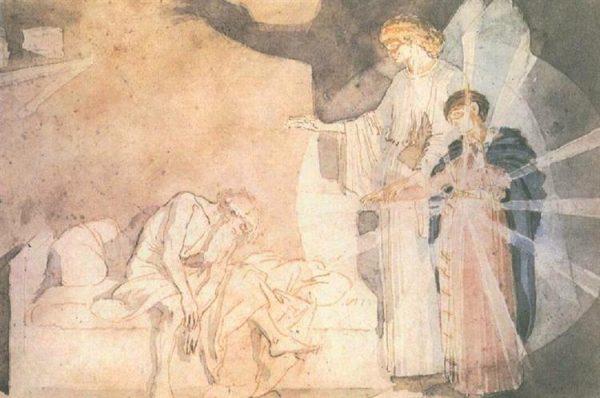 Hear my words: When there are prophets among you, I the Lord make myself known to them in visions; I speak to them in dreams. Numbers 12:6

What is a dream? The answer could depend on how you approach the dream. According to Sleep.org, “dreams are subconscious imaginings that contain sounds, images, and other sensations while you sleep.” What is more interesting could be what causes dreams. In principle, there seems to be two causes. One is from scientific observation: dreams are neurological activities, while we sleep, caused by activities that we do when we are awake. The other is from the religious and mystical belief: dreams are activities of the human spirit when it is freed from its attachment to the physical world. Most people might have a somewhat mixed understanding and approach to their dreams. However, there are two undeniable facts regarding dreams: 1. We all have them, and 2. they can point to something important and significant in the dreamer’s life.

In the Bible, dreams appear to be one of the main means through which God communicates to humans. The very first time the Bible mentions the word “dream” is in Genesis 20:3, “God came to Abimelech in a dream by night,” Then, in Numbers 12:6 we read, “When there are prophets among you, I the Lord make myself known to them in visions; I speak to them in dreams.” Later in 1 Kings, the famous King Solomon had a dream of God saying, “Ask what I should give you.” (I Kings 3:5) There are many others in the Bible who had dreams of God, but the most significant figure among them is Joseph, the dreamer. In Genesis, there are two figures whose lives are covered with 14 chapters in length: Abraham and Joseph. To Joseph, his ability to dream was both a blessing and a curse because he was hated by his brothers, and thus sold as a slave because of his dreams. But, due to his ability, Joseph was able to interpret the dreams of Pharaoh and thus rose to be the prime minister of Egypt.

Dreams were also very important to Emmanuel Swedenborg. By understanding his dreams, Swedenborg discovered an inner pathway that enabled him to have the revelation of Christ twice, which vivified him with the purpose and God-given mission. According to Swedenborg, dreams can be a gateway to connect to the beings in the spiritual realm, and at the same time are a means through which God communicates to us. In other words, by understanding our dreams, we might be able to not only understand ourselves more deeply, but also receive inner messages from God.