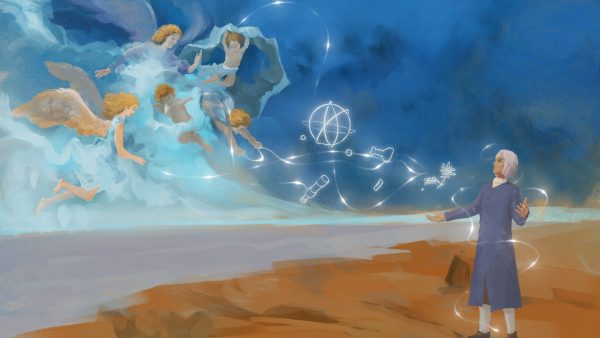 Be glad and rejoice forever in what I am creating; for I am about to create Jerusalem as a joy, and its people as a delight. -Isaiah 65:18

Emanuel Swedenborg was a unique and special person. Though he was an 18th century scientist and nobleman, as the son of a Lutheran Bishop, Swedenborg might have had a keen interest in religion and its meaning. But during this time of Enlightenment in Europe, belief in God could have been quite challenging. In Swedenborg’s case, the essential challenge might have been two-fold: his genuine disappointment in the practices and teachings of the Christian leadership of his time, and his deep understanding of the natural sciences. Interestingly, his vision of the New Church came to him at the end of a rather long and mystical theological journey.

In another way of understanding, the vision of the New Church is about a hope in the rising power of human reasoning. During this time, philosophers such as Immanuel Kant believed that through reason, humanity would become more mature and rational. Thus, they believed that the core of the problem is lack of knowledge and there is definitely truth to this belief. If any one of us are willing, we are capable of learning how to love each other, how to identify our own shortcomings, and thus how to cultivate ourselves to become capable of the love taught by Jesus. However, our challenge is not lack of knowledge – which has been proven clearly by now – but lack of willingness. As Jesus said to his disciples, “the spirit indeed is willing, but the flesh is weak.”

I would like to invite all of my family in God to the prayer, “Lord, empower us so that we are capable of listening to the willingness of the spirit while overcoming the weakness of the flesh.”