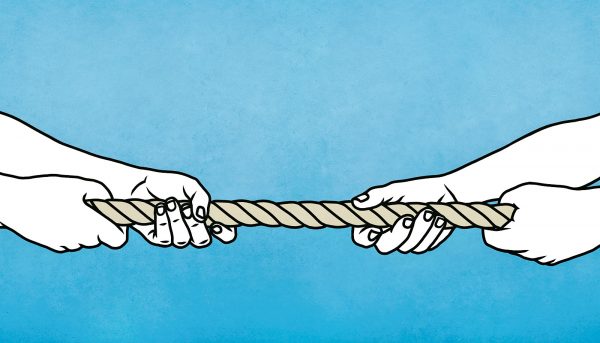 Who then is the faithful and wise slave, whom his master has put in charge of his household, to give the other slaves their allowance of food at the proper time? -Matthew 24:45

The term “slave” is used in the Bible quite often. In the New Revised Standard Version, it occurs 143 times in the Old Testament and 130 times in the New Testament. What could be surprising to modern readers is the fact that even Jesus seems to use the term without any problem. It seems that during biblical times, slavery was accepted as a part of normal life. Yet, if you were to ask what it meant to be a slave, the answer might vary from one time, place, and people to another.

In the Old Testament, the Hebrew word eded is often translated as “slave,” but also as “servant.” Thus, eded is used to describe not only those who were bond-slaves, but also those who were in service by wages. At times, eded was even used by people to show their humility to their colleges. The root of eded, which is abad, is more clear, meaning “to work or serve.” Anyone who is working for and under another could be described as a slave or servant in the Old Testament. In the New Testament, the Greek word doulos is often translated as “slave.” Doulos is from an uncertain origin and means someone who belongs to another or a bond-slave without any ownership rights of their own. Of course, “someone who belongs to another” could also refer to a relationship such as a wife to her husband, or a husband to his wife. However, it is clear that by the time of Jesus, a slave was defined much how we do today: a person who is the legal property of another and is forced to obey them.

The important question to ask, perhaps, is not so much why and how they had slaves in biblical times, but why Jesus used the term slave quite often. In my understanding, there are two essential spiritual teachings from Jesus. First, essentially humans do not and cannot own anything, even their own lives, in a world that is created and maintained by the living God. If accepted properly, this truth frees our mind from our desire to possess and control things and matters. Second, despite any unwilling acceptance on our part, following the will of God is fundamentally and spiritually beneficial to us. Regarding this, Swedenborg emphasizes that following one’s own will against God’s will is not freedom, but slavery! The core of all human suffering originated, according to Swedenborg, from their unwillingness to follow the will of God.

My brothers and sisters in God. Let us take a moment to deeply listen to the voice of God that is present at the core of our heart.