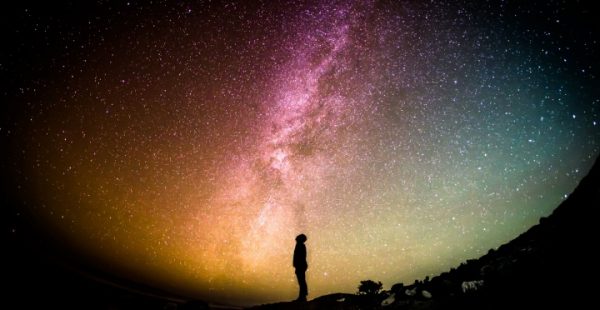 For as the heavens are higher than the earth, so are my ways higher than your ways and my thoughts than your thoughts. -Isaiah 55:9

Knowing and understanding the thoughts (or will) of God has been and still is a deep mystery to humans with a good reason: God dwells in heaven, while humans live on earth. In other words, the thoughts of God are purely spiritual, while human thoughts are merely materialistic. In this context, “materialism” is implicit with being human, whose reality is essentially built upon and supported by what is made of matter. In contrast, “spiritual” simply means the reality that is free of and thus higher than the material world. In a way, it may seem that God, who dwells in heaven, has nothing to do with humans, who dwell on earth. However, the story of the Bible begins with God creating humans as companions, with whom God develops an ongoing relationship. In other words, the truth about being a human is that we are not destined to live and die as a creature in the material world, but to evolve out of this innate predicament and transcend to the realm of God. In a way, the Bible is written about this spiritual evolution, which is also described by Swedenborg as regeneration.

As Socrates cried out loud in Greece about 2,500 years ago, the most critical issue of humans is their own prudence and arrogance in trusting their ability to know. According to Swedenborg, intelligence is given to humans to study, analyze, and thus direct their own feelings toward what is heavenly, and thus ultimately to acknowledge and understand the thoughts of God. The innate predicament of a human is being embedded within the material reality, within which we begin our life’s journey. However, as humans discovered the power of their intelligence, they started to become more self-centered and arrogant. This caused a big problem not only with their relationship to God, but also with their relationship to each other. The more knowledge people believe they possess, the more problems they create within and around them, and thus the harder it becomes for them to understand the thoughts of God. This reminds me of a teaching from Jesus, “Whoever becomes humble like this child is the greatest in the kingdom of heaven.” (Matthew 18:4)