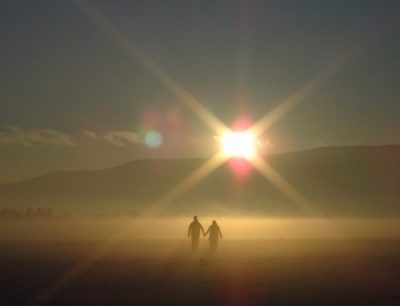 Then God said to Noah and to his sons with him, “As for me, I am establishing my covenant with you and your descendants after you.” –Genesis 9:8

The Hebrew word for covenant is beriyth, meaning an agreement or alliance between people or between humans and God. These days, the word covenant may be used to describe an agreement with oneself or between two people. However, understanding the word biblically and essentially, making a covenant means there should be more than two independent bodies making and keeping the agreement along with an understanding of the consequences of breaking the agreement. Thus, in the story of the flood from Genesis, the Creator is one entity while Noah – representing humanity – is the other making the first covenant.

The importance of the Creator making a covenant with Noah, in my understanding, is that the separation between humanity and Creator has been fully acknowledged and manifested. The acknowledgment of this distance of separation did not come from the Creator, but from humans. According to Swedenborg, the great flood symbolizes a major shift in human spirituality in that humanity lost their inner and immediate connection with God due to arrogantly choosing pleasures of a physical nature instead of the delights of heaven. In a way, the distance could be understood as a good thing like a child growing and needing to become separate from its parents in the process of self-formation. However, spiritually this means that connecting to the Creator is no longer innate, but requires undergoing a long process of acknowledgement, acceptance and a major shift in one’s perception.

The positive side of this story is that the covenant was given by the Creator not to emphasize the negative nature of humanity, but in order to give humans focus. The wisdom of the Bible always points toward how we should move forward in concentrating on things that we can actually do! And, the rest will follow by Divine Providence.