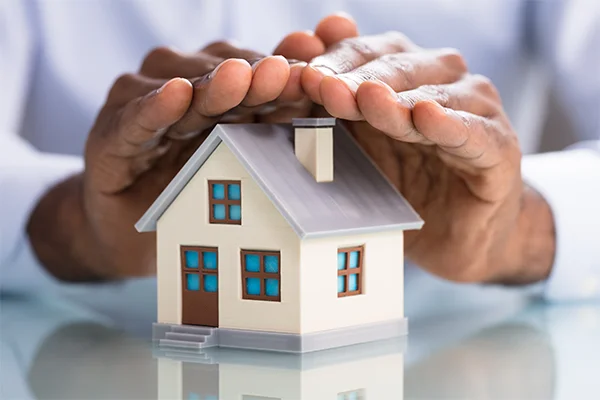 The tabernacle itself you shall make with ten curtains of fine twisted linen and blue, purple, and crimson yarns. Exodus 26:1

For some people, a house and a home are the same place. But for others, there is a big distinction between a house and a home. An online English dictionary defines a home as “the place where one lives permanently, especially as a member of a family or household,” while a house is “a building for human habitation, especially one that is lived in by a family or small group of people.” In these definitions, there is a keen distinction between a home and a house: one is the permanent place, which does not necessarily need to be a house, while the other is a building for human habitation, which does not necessarily mean a permanent place. Personally, I would like to define a house as a building built by materials for potential habitation by humans, while a home is a combination of a physical space and an emotional state of being, which together create a sense of comfort, security, and rest for those who dwell within it.

The Bible indicates that God has a dwelling place among humans. The first evidence could be found in the story of the Garden of Eden, where God was walking in the garden where humans lived. Then, there is the tabernacle in Exodus. Afterwards, King Solomon built a temple in the name of God. And in Revelation 21, we read, “See, the home of God is among mortals.” An interesting point is that the Hebrew word which is translated to tabernacle is mishkan, which could also be translated as habitation or dwelling place, while the Greek word that is translated as “the home” could also be translated as habitation or dwelling place. When we put together this biblical evidence, we could reach a conclusion that God’s true dwelling place (or home) is among humans. Perhaps, humans were created to be the home for God, the place that is a combination of a physical space and emotional state of being together providing comfort, security, and rest for God. However, as not all houses are not homes for humans, not all humans are a home for God. Unlike a house that does not have its own volitionary choice to become a home, a human being can choose to either to become a home for God or a home for self only.

My brothers and sisters in God, let us look within ourselves and see what we have within ourselves. Hopefully, what you would find within you is what makes your mind a home to God.