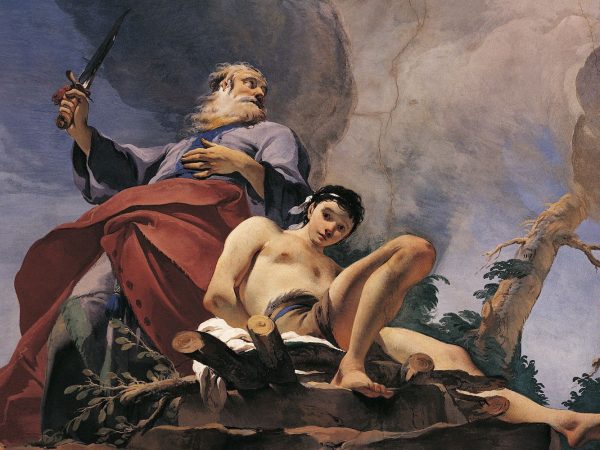 Then God said, “Take your son, your only son, whom you love—Isaac—and go to the region of Moriah. Sacrifice him there as a burnt offering on a mountain I will show you.” -Genesis 22:2

Abraham lived about 4,000 years ago. As people of the 21st century, it’s undeniable that we can hardly imagine how things were in his time. Consequently, reading a story or two can only shine a small light on a very limited event that may have happened in the past. A few stories in the Bible and some archeological discoveries reveal that at certain places in the past, human sacrifices were practiced. However, if you were to believe in God Creator as a loving and merciful God, you would not expect to read this in the Bible: “Take your son and sacrifice him as a burnt offering.” According to Genesis 22:2, this is what God said to Abraham.

After becoming a father of two children, this story became the most challenging story in the Bible to me. My first reaction was, after having Roiy, “how could God ask such a thing?” What was more surprising to me was that Abraham followed God without a single question or hesitation. I struggled quite a while, even as I was reading Swedenborg’s symbolic explanation in his Arcana Coelestia. Intellectually, Swedenborg’s explanation made sense, but emotionally I was not willing to accept it. After a while of struggle and meditation, one objective observation came to my mind that until I became a father, this particular story was not the most challenging one to me. In other words, until I became a father, I did not have any problem understanding the story as a symbolic representation of something spiritual. So, what changed? The story has been the same since it was told a long time ago. Thus, the change happened within my heart. For the first time in my life, I felt the true weight of the story and what it might have meant to Abraham as a father, especially if it were to happen for real.

This story is one of many clear signs given by God that we should not read the stories in the Bible literally. In truth, God could not have asked such a thing to Abraham because it is against everything within which God exists. So, why is it in the Bible? Using the Buddhistic principle, this story can be understood as the last temptation of Abraham before he would have achieved his completeness with his God. In Buddhistic tradition, what one has to face and overcome at the last step is the very core of one’s attachment to the physical reality. In Abraham’s case, it might have been Isaac, the symbol of the completion of God’s promise to him for which he waited for 25 years. Yet Abraham had to let go of his attachment to Isaac in order to proceed with his long journey toward completeness with his God. What we must understand is that the process of Abraham’s journey illustrates the spiritual journey through which we all could reach a true and complete union with our Creator, whose true dwelling is in the spiritual realm.