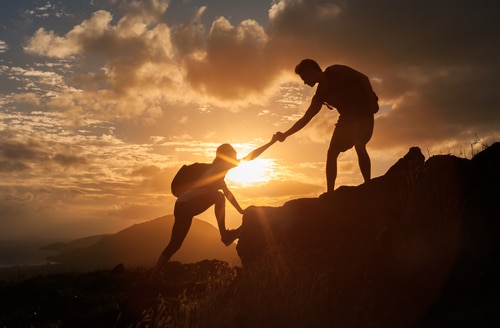 Judah is a lion’s whelp; from the prey, my son, you have gone up.

He crouches down, he stretches out like a lion, like a lioness—who dares rouse him up? -Genesis 49:9

According to the prophecy of Isaiah, Jesus was to be born as a descendant of Judah, “On that day the root of Jesse shall stand as a signal to the peoples; the nations shall inquire of him, and his dwelling shall be glorious.” (Isaiah 11:10) And earlier in Genesis, Jacob blessed Judah with a special blessing: “Judah, your brothers shall praise you; your hand shall be on the neck of your enemies; your father’s sons shall bow down before you.” (49:8) Was there something special about Judah that made him outstanding among the 12 sons of Jacob to receive such blessing? The facts in the Bible are quite contrary: Judah married a Canaanite woman, the daughter of Shua, and later had children from his daughter-in-law, Tamar. In a way, his actual life was filled with things that he should not have done!

The name Judah means “praised,” because his mother Lea said, “This time I will praise the Lord.” (Genesis 29:35) Judah was the fourth son born to Lea, and thus with him Lea felt truly blessed by God, especially since her sister Rachel was barren. It was especially blissful to Lea because Jacob only desired to marry Rachel. However, in Genesis 38 we read that Judah married a Canaanite woman, whose name is not even mentioned, and had three sons. Later, he had two sons – Perez and Zerah – from his daughter-in-law, Tamar. In a brief, Tamar was the wife chosen for Judah’s first son Er, who died childless. Thus, it was asked to his second son, Onan, to perform the duty of impregnating Tamar for the sake of his brother’s name. However, Onan spilled his semen on the ground for he thought that the child would not be his. Consequently, he died because of this wicked act. Judah was scared to ask his youngest son to perform the duty, so asked Tamar to return to her father’s house until the right time. But when Tamar found out that Judah had no intention of making his third son perform the duty, Tamar disguised herself as a prostitute and slept with Judah. She conceived a twin, whose names are Perez and Zerah. Interestingly, the Bible indicates that Perez was the ancestor of King David, and thus the legal ancestor of Jesus.

Swedenborg explains that the uniqueness of Judah has nothing to do with the actual man himself, but everything to do with what he symbolizes, which is the highest form of good. Essentially, according to Swedenborg, good is the only thing that God would accept from us. Thus, we are united with God only by means of doing good in our life, which is kind and charitable actions that we have actually done toward others. The highest form of good is the act of charity that is done for the sake of charity without any expectation of reward or benefit. Another lesson that we can learn from the story of Judah is that God specifically chose a bloodline which included gentile blood whose members committed wicked acts. Thus, they were uniquely able to redeem the whole of humanity by overcoming all evils and falsities accumulated by that bloodline.