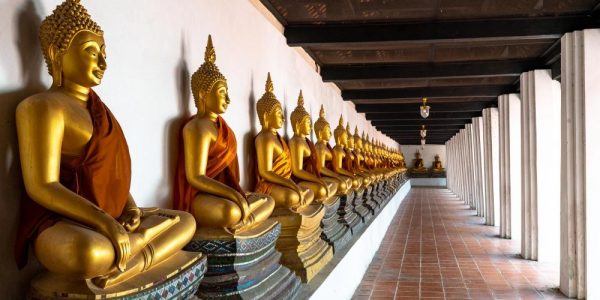 Consider the lilies, how they grow: they neither toil nor spin; yet I tell you, even Solomon in all his glory was not clothed like one of these. -Luke 12:27

Desire itself is never a bad thing, because without desire we may not be willing to do anything at all. However, desire is like fire. When it is under proper control, fire is the most useful thing for humans. Yet, when it is out of control, fire becomes one of the most destructive forces. Desire works very similarly. When it is properly controlled, desire gives us the force to live and move forward. However, when it is out of control, desire could bring ruin to one’s life.

Once upon a time, there was a poor farmer whose dream was to earn enough money to purchase his own land and feed his family properly. However, luck was never on his side so he decided to cultivate the barren land by himself. It was very hard and challenging work, but he worked diligently every day. One day, as he was cultivating the land, he stumbled upon something unusual and special. He found one of the 18 golden buddha statues. The worth of the golden buddha statue was enough for him to purchase a large field, a good house, and many other things. His wife was filled with joy, so she invited everyone in the village for a big feast. However, the farmer looked unhappy and even depressed, so one of the neighbors asked him, “What is the matter? Now you are the richest man in the village!” The farmer answered with a frown, “You know … I cannot stop wondering where the other 17 golden buddha statues are.”

Now that the farmer had found one statue, he was not satisfied knowing 17 more of them are out there somewhere. Although was able to fulfill his long-held dream, instead of being happy with what he found, his mind was filled with desire.

My brothers and sisters in God, let us reflect on what we wanted for 2022, and wish for 2023. Among all those things, what would Jesus approve as what we truly need?