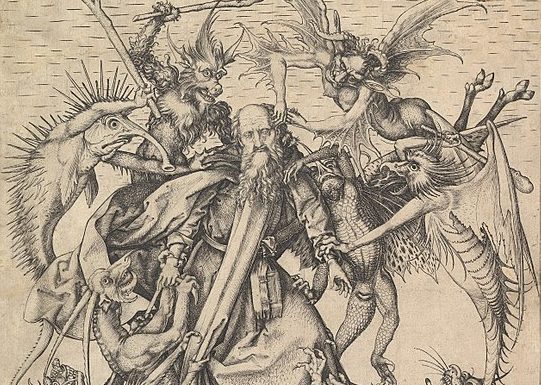 The whole congregation of the Israelites complained against Moses and Aaron in the wilderness. -Exodus 16:2

Spiritual temptation is the foundational concept in Swedenborgianism because only by means of temptations does our spirit grow. An English dictionary defines the word temptation as “the desire to do something, especially something wrong or unwise.” This is probably the common understanding of the word temptation among the modern English users. However, the word temptation originated from the Latin word temptare, which means to handle, test, or try. To test or try does not necessarily mean doing something negative or wrong. At times, we prove the correctness or usefulness of certain things by testing or trying them. In other words, being tempted does not necessarily mean desiring to do something that is wrong or unwise. Rather, being tempted means that one is being tested, trying to be better, or proving one’s worthiness. In other words, true temptation happens not when we resist the desire to do something that is obviously wrong, but when we wrestle against the desire to sabotage or give up our own intention to do what is right.