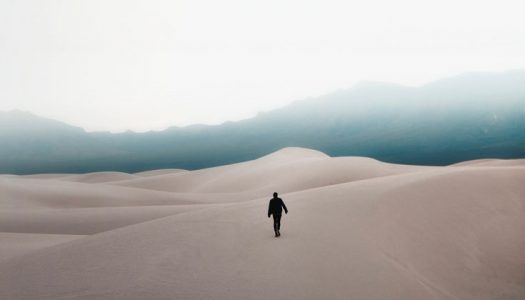 Terah took his son Abram and his grandson Lot, son of Haran, and his daughter-in-law Sarai, his son Abram’s wife, and they went out together from Ur of the Chaldeans to go into the land of Canaan; but when they came to Haran, they settled there. -Genesis 11:31

In a way, the story of the tower of Babel is a prelude to the call of Abram, as one is in chapter 11 of Genesis while the other is in chapter 12. Many people might think that God called Abram (later Abraham) out of Ur to move to the land of Canaan. The truth is that Abram was at Haran when he was called by God. According to Genesis 11, it was his father Terah who took family from Ur to move to the land of Canaan, but settled in Haran. The reason why Terah wanted to move out of Ur and go to Canaan is not clear. However, it is quite important to note that Terah was the one who initiated the move from Ur into the land of Canaan.

According to Swedenborg’s interpretation, the tower of Babel signifies human arrogance and lack of humility. Also, the tower of Babel symbolizes the human belief that they could reach out to the divine by through man-made methods. In a way, this could be argued that humans arrogantly believed that they could be gods themselves by means of their intelligence and technology. The trouble was that arrogance does not foster unity and harmony. Thus, they were scattered and lived according to what each believed to be divine rules; rules that were in fact made by themselves and used to justify their worldly desires. This, according to Swedenborg, is the true meaning of idolatrous worship.

The move of Terah out of Ur signifies a new possibility and thus hope. Even if we live a worldly and distorted way of life, there is still a hope to recover and find a truer way to Creator. Hope is possible with two unchanging truths: 1. Creator is always present within and around us no matter what; 2. Each human has an innate capacity and ability to pursue, find and unite with Creator, if one so desires. What is most important about the symbolism of Terah’s move is that our spiritual state of being is never evaluated by an absolute measure or in comparison to others. Our spiritual state of being is evaluated by a very personal and subjective measure in which each step we take makes a huge difference!