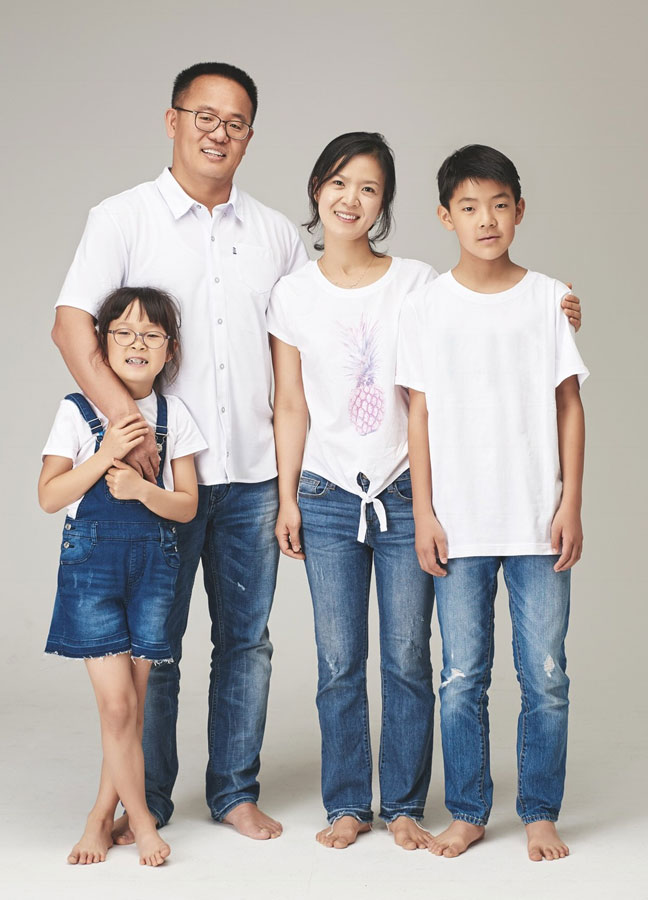 The Reverend Junchol Lee is the proud father of two children, Roiy and Joan, and the husband of  Heejoung Moon. Consequently, he is very focused on the value and importance of family at this stage of his life. He was born in South Korea in 1970 and moved to the United States in 1993.

He studied Chinese language, history, and philosophy at the Hankuk University of Foreign Studies for two years and majored in Swedenborgian Religion at the Academy of the New Church College, now Bryn Athyn College. Afterwards, he was accepted into the ordination path at the Swedenborg School of Religion, our denomination’s previous seminary in Newton, MA. During his four years of seminary education, he completed his master’s thesis, a comparative study between Emanuel Swedenborg and Carl G. Jung on the origin of evil. In 2000, he was ordained into the ministry of the Swedenborgian Church, the year he turned 30.

To date, Junchol’s ordination has been the most significant moment of his life, as everything has since changed. After his ordination, he served the Swedenborg Chapel in Cleveland, OH for nine years, which had the main focus of wedding, baptism, and memorial services. Afterwards, he served the Calgary New Church Society and the Western Canada Conference of the Swedenborgian Church for two years. In 2011, Junchol accept the role as senior pastor at the San Francisco Swedenborgian Church and he and his family moved to California. In his ministry at the San Francisco church, he engaged both the congregation and the general community with his Eastern background via the introduction of meditation and Eastern philosophy classes. These classes demonstrated the diverse nature of his spiritual makeup, a mix of the Confucian principles of ethics, the Buddhist practices of meditation and cultivation, a Daoist understanding of the world, and a Swedenborgian religiosity and theology.

In addition to serving the San Francisco church, he also served and is still serving the national Swedenborgian Church in various ways and levels including: having been elected to serve SCYL (Swedenborgian Church Youth League) for six terms; having lectured at the Almont Summer Camp for seven consecutive years; having been elected to serve the Executive Committee of the Council of Ministers for six years, leading many mini-courses at the Convention; acting as the Camp Pastor for the Paul Haven Children’s Camp; and serving the Committee of Admission into Ministry for seven years. Currently, Junchol serves as a member of the General Council of the national Swedenborgian Church.

The focus of Junchol’s ministry at the San Francisco church is trifold: biblical preaching, balancing of spiritual and physical health, and the preservation of the historical beauty and meaning of the church.

Rev. Lee can be reached at revjclee@sfswedenborgian.org or call the church office to make an appointment at 415-346-6466.