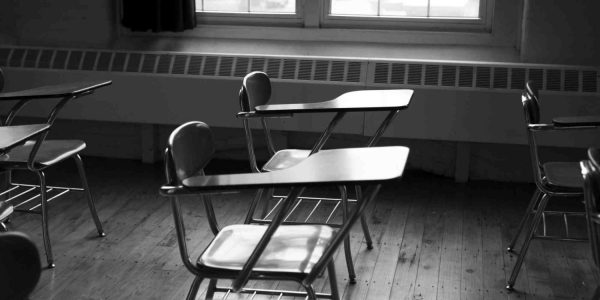 Thus says the Lord: A voice is heard in Ramah, lamentation, and bitter weeping. Rachel is weeping for her children; she refuses to be comforted for her children, because they are no more. -Jeremiah 31:15

I used to be a person who lived without any worry or fear until I was married and became a parent. Ever since our son was born as a gift of God, my worst nightmare has been and still is losing a child. After the birth of our daughter, this burdensome worry doubled. It is not because I do not trust in the power of my Lord and his love for children, but because I deeply acknowledge the fragility of human life and the presence of human-caused disasters and dangers. The fact that assault weapons are at the hands of anyone who desires them only deepens my anxiety. I was filled with pain and sorrow when I witnessed the human-caused disaster at Sandy Hook Elementary School in 2012 and have been praying deeply and daily that such a thing would never happen again. But now I am witnessing another human-caused disaster in less than 10 years. This time, my broken heart rejected my attempt to understand what happened because this thing never should have happened. It could have been prevented if the people in the right places truly wanted it.

God in Jeremiah acknowledges that for parents, losing a child is inconsolable sorrow and pain. Losing a child for any reason is the worst nightmare of any parent. Yet, losing a child to gun violence at school was never in a parent’s worst nightmares until recent years. Now Americans are living with an overwhelming fear for the safety of their children at school. What’s worse is that American children are learning to be afraid even when they are in a place that was supposed to be safe. If children are growing up in a community where they have no safe place, what kind of community will they create when they become adults? What troubles me the most is the fact that this is a human-caused disaster which could have been prevented. It’s worth repeating.

My brothers and sisters in God, let us take a moment of prayer and lamentation. At times, it is proper to mourn and cry. I am sure that our loving God is mourning and crying with us. Then, let us pray to our loving God for wisdom and guidance on how to act to prevent such disaster from happening again.