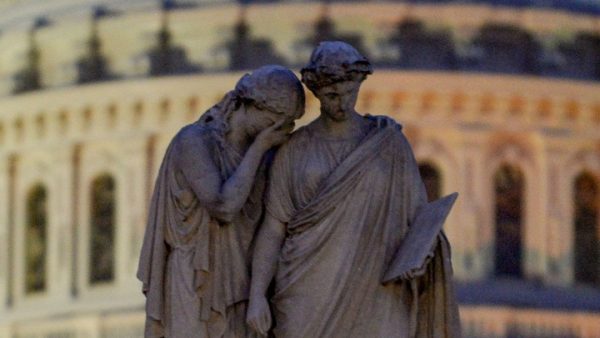 Wash yourselves; make yourselves clean; remove the evil of your doings from before my eyes; cease to do evil, learn to do good; seek justice, rescue the oppressed, defend the orphan, plead for the widow. -Isaiah 1:16-17

Last Wednesday, when I watched the insurrection in Washington D.C., my mind was filled with many questions and concerns. Afterwards, a deep sadness overwhelmed me for a good time. I felt that all I believed America to be was wiped away like a dream never fully actualized. Now I am deeply shocked and hurt to read reports that many of those in the mob are apparently “respectable” people with relatively good education, jobs, and even wealth. In a way, they appear to have no reason to complain about living in America except for their perceived loss of control or power. I fully understand and even accept the truth that people can have differences and opposing opinions, and thus may argue and fight each other. But it is beyond my ability to comprehend or rationalize how those people willingly vandalized the very symbol of their country’s principles and founding philosophy.

As I was processing the shock and terror in my mind, I began to realize that there is a lesson we could learn from the awful event. In a way, it was a deeply revealing moment that such mentality and actions by such people are actually possible in America. It was like being diagnosed with a cancerous tumor we had suspected, but had yet to confirm. It might take a long and painful time to process, but now we have the ability to acknowledge what is wrong and thus make an effort to heal it.

As a first-generation immigrant, I am still learning what it means to be an American and to act in accordance with American principles. Despite the shock of last week’s violence, I still have hope in America. I believe this country can and will actualize the spirit of its founding constitution. And I believe that Americans will acknowledge what a precious gift and blessing it is to be an American.