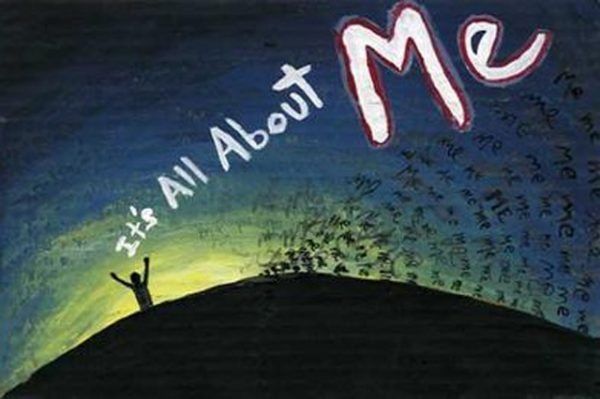 Now the man Moses was very humble, more so than anyone else on the face of the earth. -Number 12:3

The father of modern philosophy René Descartes (1596-1650) said, “I think, therefore I am.” In this defining sentence, Descartes uses the word “I” twice. This could be understood in a number of different ways, but the way I see it is that the reality of one’s existence can only be acknowledged and verified by one’s own thinking. Thus, thinking is foundational to every activity we conduct as human beings. At the same, what becomes undeniable is the self-centered nature of the process through which we define, verify, and process all things in the world. As soon as we are born, we begin the physiological and psychological process through which we develop and learn to function as humans. At the beginning, it is a natural and unconscious process until we gain self-consciousness and thus practice the act of making choices. This self-centered process is, therefore, completely aligned with the reality built by one’s own perception of and preferences in the world. Therefore, even though we are living in the same world, none of us are living in the same reality. This is why when a person completely believes that they are absolutely right, they automatically lose the ability to listen to the perspectives of other people.

The story of Moses is found in three books: Exodus, Deuteronomy, and Numbers. In a way, we could even insist that Moses is the foundational figure in the epic story about the formation of Israelites. What impresses me the most about Moses is found in Numbers, “Now the man Moses was very humble, more so than anyone else on the face of the earth.” The great leader and the one who met God face-to-face was the humblest person on the earth! The English word “humble” is defined as “having or showing a modest or low estimate of one’s own importance.” Moses did not take credit for any of the great acts done by or through him, but fully acknowledged that they were all done by God. What’s more, he was just another man with nothing better or special compared to any other man. This probably was the secret of his forty years of leadership when he humbly connected the living God to the wandering people without putting his ego in between them. Thus, he was able to not only listen to the voice of God, but also hear the voice of the people as well.

My friends and family in God, let us take a moment to let go of our self-importance, and even our own ego, and listen carefully to the voice of God as well as the voice of the people we love.