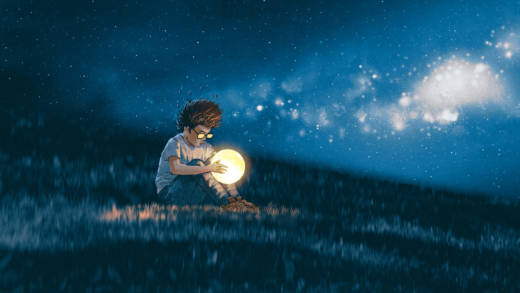 The Lord appeared to Abraham by the oaks of Mamre, as he sat at the entrance of his tent in the heat of the day. -Genesis 18:1

Every time I read the story of Abraham, I am amazed at the close and intimate relationship between Abraham and the Lord. In Genesis 18, we read, “The Lord appeared to Abraham …” There is no explanation or introduction to this appearance. God simply appeared to Abraham, just like that. If this were to happen to us, we would not have any problem having certainty of the existence of God! In a way, more than half of the struggle for all religious people could be this very question: how am I certain that the God in whom I believe truly exists?

The Hebrew word for “to appear” is Ra’ah, which includes meanings like to see, look at, inspect, perceive and consider. In his Arcana Ceolestia (Secrets of Heaven), Swedenborg interprets the symbolic meaning of “the Lord appeared to Abraham” as having inner perception. And, Swedenborg emphasizes on meaning of perception as the following:

“What perception is, is at this day utterly unknown, because at this day no one has perception like that of the ancients, especially like that of the most ancients; for these latter knew from perception whether a thing was good, and consequently whether it was true. There was an influx into their rational from the Lord through heaven, whereby, when they thought about any holy thing, they instantly perceived whether it was so, or was not so. Such perception afterwards perished with people, when they began to be no longer in heavenly ideas, but solely in worldly and corporeal ones.” Arcana Coelestia #2144:2

According to Google dictionary, perception as a noun could mean “the ability to see, hear or become aware of something through senses.” According to the American Psychological Association, perception is defined as “the process or result of becoming aware of objects, relationships, and events by means of the senses, which includes such activities as recognizing, observing, and discriminating.” It is physiologically true that our brain processes information and stimuli received by means of physical senses. However, in all these definitions of perception, I do not find room for a possibility that human minds might be capable of receiving something that is not of physical origin. To me, this is evidence of how deeply anti-spiritualism or non-spiritualism is embedded in our language and culture. In other words, as Swedenborg points out “they began to be no longer in heavenly ideas, but solely in worldly and corporeal ones.” Here, what Swedenborg means by “to be in heavenly ideas” is not about just having thoughts and concepts about heaven, but about embodying such principles in real life.

After reflecting on this, what comes to my mind is that perhaps the certainty of the existence of God is challenging to us simply because our mind is often filled with things and matter of this world and physical orientation in which there is no room for the existence of God who essentially transcends them all. Thus, perhaps what we need to do in order to have certainty of the existence of God won’t be found in books or debates, but through emptying our minds of things and matters of this world and physical origin. In this way, we can create room so that what is of the divine may flow in and make a dwelling.