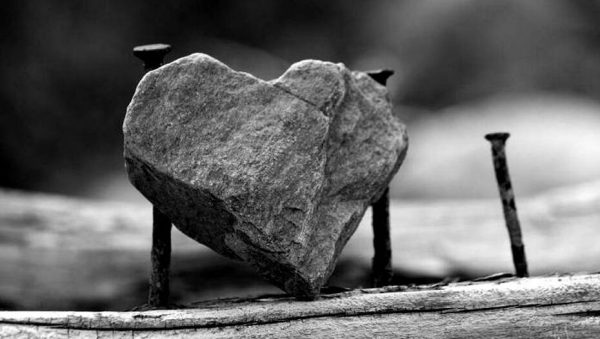 Jesus replied, “Moses permitted you to divorce your wives because your hearts were hard. But it was not this way from the beginning.” -Matthew 19:8

The Hebrew word torah is often translated as “law,” but it could also be translated as “direction or instruction.” The root word for torah is yarah, meaning “to throw or shoot.” Interestingly, in the Old Testament the word yarah is more often translated as “to teach.” Therefore, a possible understanding of the law (torah) is that it is God-given teachings intended to build a community wherein people could live in harmony and peace with each other. In other words, God gave humans the laws not as unbreakable and absolute divine rules that they could use against one another, but as directional instructions for building a community of justice and peace together.

Jesus in Matthew points out the root challenge for humans in both understanding the teachings of God and implementing them accordingly: the hardness of their heart. According to James Strong’s Exhaustive Concordance of the Bible, “hardened hearts” is actually one word in Greek, sklérokardia, which is a compound word of  skléros (hard) and kardia (heart). Strong’s Concordance explains that skléros means “hard because dry.” Therefore, sklérokardia could be understood as the hardness of the heart because of a lack of moisture or lubricant. Consequently, sklérokardia illustrates “someone refusing to be receptive (obedient) to God’s inworking of faith.” Now, if we apply this into the Old Testament, it is not too hard to see that the harsh and at times cruel aspects of the laws written as if they were given by God were not actually from God, but due to the hardness of hearts of the people who received the laws.

My heart is deeply saddened whenever I see people causing pain, hardship, and even misery for others using the name or law of God. In my understanding, the spirit of God in giving the law is clear in the Bible: to create a peaceful and mutually-supportive community where all are equal and have the same rights to pursue a happy life. As brothers and sisters in God, let us find ways that we could support, assist, and help each other in pursuing the life that is happy for each other.