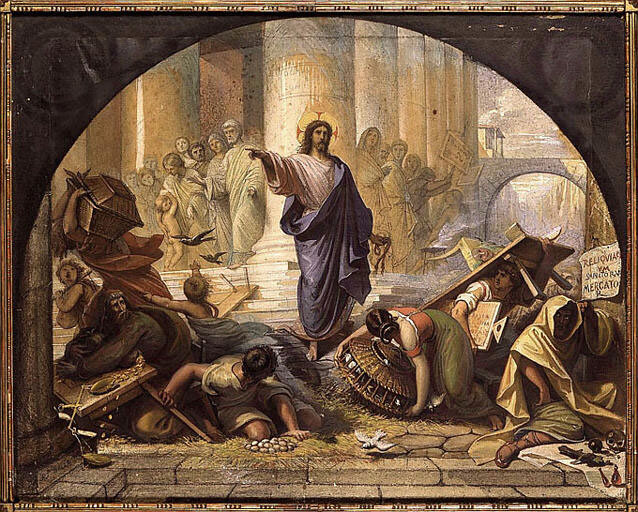 He said to them, “It is written, ‘My house shall be called a house of prayer’; but you are making it a den of robbers.” -Matthew 21:13

One sad fact that troubles my heart all the time is that all religions in the world have been and to a degree still are being abused by people for their greedy and selfish purposes. At times in history, we read that the whole institution of a religion served the desires of a small group of ruling class instead of teaching and implementing the message from above. Christianity among major religions in the world has a long and painful history. A lesson that we should learn and never forget from this is that the wellbeing of our community entirely depends on our own priorities in life rather than religious principles or philosophical ideas.

In Matthew 21, Jesus quotes Isaiah 56:7, “for my house shall be called a house of prayer
for all peoples,” and then presumably accused the priests by saying, “you are making it a den of robbers.”  Here, the Greek word for robbers is lestes, which can also be translated as thieves. Lestes originates from the Greek word, leizomai, which means “to plunder.” The English word “plunder” is defined as “to steal goods from (a place or person), typically using force and in a time of war or civil disorder.” Therefore, lestes is translated as robbers instead of thieves in the New Revised Standard Version, indicating that robbers intend to use force to take goods from others, while thieves intend to steal goods from a person stealthily. This might reflect the fact that Jesus noticed that the temple priests intentionally set rules and regulations to force and threaten people to offer much more than what is written in the Law, and that what people offered were spent mostly to enable a luxurious lifestyle for the priests. This indeed was the exact opposite of why God gave the people the Law regarding offerings.